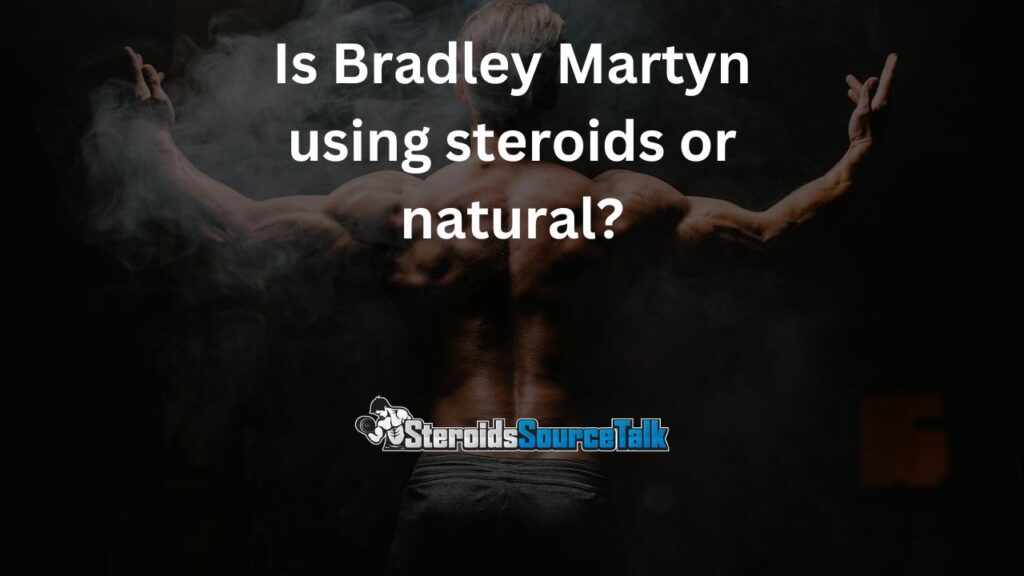 Bradley Martyn is quite a popular name amongst the bodybuilding and fitness communities with a massive social media following and a popular YouTube channel where he posts about routines to help his followers achieve their dream lean muscular body.

This 31 year old, weighing 260 pounds 6’3” bodybuilder and fitness freak has been reported to have started working out since the age of 15 , participated in body building competition from 2011 through 2013 , having won the National Physique Committee’s (NPC) 2011 Southern California and 2013 Phil Health Classic Championships.

He has been training rigorously since he was 15 , and started taking offline courses on body building and fitness based on the knowledge he acquired through his training when was just 17.

He then went to create his own YouTube channel in 2014 and has been regularly posting workout videos and videos of him training his gym members, various routines and sets ever since.

He states that he wishes to help his followers in the process of achieving their body and fitness goals and owes all of his social media pages and YouTube channel for them.

He opened his own gym called the ‘ZOO GYM’ in 2017. Own his own apparel line and also offers a custom-made training program, especially tailor made for each, on his website, calling it the “Train with me” program.

Martyn supposedly doesn’t stick to a standard routine and works out based on what his body needs. He claims to listen to his bod and work out accordingly.

His ripped, bulky physique and his remarkable strength has won him accolades and admiration from his followers and fans from across, making him one of the most influential and popular fitness gurus.

Is Bradley Martyn on steroids or natural?

As with any famous bodybuilders, weight lifters comes the question of “ Is that person on steroids?

To put things in perspective, their before and now pictures are often compared to know if they muscles they’ve built are due to their genetics which helped them get this amazing physique or was it with the help of steroids?

Men who bulk up naturally are large right from a young age, with exercise and a protein-rich diet they needn’t sweat it for beefy muscles for their genes do most of the work as they respond abnormally and excessively to the exercises and diet.

Here are reasons to think that one might be on steroids to bulk up their muscles:

On comparing the pictures of Bradley Martyn taken during his 2011 NPC championship (which looks like the result of determined work outs, diets and decent genes) and his recent pictures there seems to be a increase in his size quite obviously noticeable, gaining approximately about 30 pounds of muscle mass, where most weightlifters struggle to achieve the same in their lifetime.

Muscles built with the help of steroids are often rounded, appear full and thick. In some of Bradley Martyn’s pictures one cannot not notice his perfectly rounded and thick shoulders of his neck and arms, way thicker than normal.

These kind of muscles are particularly found in people using ‘Deca durabolin‘ a commonly taken steroid in weight-lifting and bodybuilding communities.

One of the side effects of using steroids is the increase in blood pressure, which is reflected through his skin as the muscles and skin have increased blood flow. Even when they’re resting or relaxing, people on steroids appear flushed due to the same.

Since Bradley Martyn has neither denied nor agreed to the usage of steroids for his ripped body, based on certain evidences it is only natural to believe that he may have taken steroids for his current physique.

Legal steroids that Are Great For Bulking

If you’re looking for a fast and safe way to gain muscle mass, the CrazyBulk bulking stack is your best bet!

This amazing collection of four legal steroids helps to boost protein synthesis and nitrogen retention, allowing you to improve muscle gain that much faster.

Plus, these supplements give an extra edge by increasing the flow of oxygen to your muscles, speeding up recovery time so you can work out hard with no delays.

The best part? These incredible results are achieved without side effects.

That’s why this special stack from CrazyBulk has been getting stellar reviews from users around the world don’t miss out on the chance to achieve your fitness goals! Looking to bulk up safely and legally? Look no further than Crazy Bulk's Bulking Stack.

Based upon the evidence listed above, we believe that Bradley Martyn is in fact on steroids.

Remember, we have no proof of this, other than what we can see with our own two eyes, but we do believe that getting to that size naturally is just one step too far.