JON JONES  on Steroids or natural?

Jonathan Dwight Jones also known as Jon Jones who at the age of 23 became the youngest champion in UFC history, who went on to win the title in Light heavyweight division holding it from March 2011 to April 2015 and from December 2018 to August 2020.

He also held the interim UFC light heavyweight championship in 2016. Now at the age of 33 he ranks number 2 in the UFC Men’s pound-for-pound rankings. Jon Jones,a professional mixed martial artist. holds a number of achievements such as most title defenses, most wins, longest win streak and most submission victories.

During the years between 2015 and 2017 John Jones was involved in quite a few controversies leading to the loss of his title 3 times as result of disciplinary action.He then returned to the UFC in 2016-2017 after which he went on to win the title. But later the titles were stripped off due to his alleged performance enhancing drug usage after he tested positive for banned substances.

It is rather common knowledge that many weight lifters bodybuilders and martial art professionals turn towards anabolic androgenic steroids or other performance in hansing drugs or male enhancement pills to improve their muscle mass, increase their physical stamina and enhance their overall performance by usage of supplemental drugs.

Hence most professionals are made to take up mandatory dope test both prior to and after matches to prove that the professionals haven’t indeed taken up illegal drugs. If in case an athlete or professional fails to pass the dope test then they are subjected to severe punishments and even stripped off their titles.

John Jones an American professional mixed martial artist, UFC champion has been under the radar for steroid usage for which he had tested positive in many instances and reprimanded for the same.

John Jones was tested 42 times by 3 separate entities in 2019 for the usage of drugs which was the highest volume of yearly tests conducted for any athlete in any sport ever. He was tested by USAC, CSAC and NSAC.

The various instances Jon Jones was involved in controversies for banned drugs usages are as follows:

In 2015 prior to UFC 182 he tested positive for benzoylecgonine. He was also found to have a very low testosterone/epitestosterone atio which according to experts were highly suspicious. The primary metabolite of cocaine. It was later clarified by Jon Jones that he wasn’t a cocaine addict by any means or not even a frequent user. A follow up test which he passed concluded that the cocaine metabolite was out of a system before the fight.

In 2016 a urine sample from Jones tested positive for 2 banned substances Clomiphene and Letrozole which are anti-estrogenic substances, are generally used to counteract the effects off other illegal substances such as steroids. This was later clarified by Jones and his manager that a fellow UFC colleague had given him a male enhancement pill called Cialis which turned out to be a different pill containing banned substances and that it was never intentional on Jones part to take these drugs.

Since he tested positive Jones had to withdraw from the event and was issued a one year suspension by USADA following his arbitration hearing.

After serving the one year suspension Jones took part in the UFC 214 went on to win the light heavyweight title in 2017. He passed the blood screening post fight but failed a urine test that was administered before the fight making it the second time Jones failed drug test by USADA, he was looking at a potential suspension of about 4 years at that time.

He tested positive for Turinabol an anabolic steroid which does not show up on blood test but found in urine samples. Following this Jones was slip of the title for the third time.

Jones claimed that he had no clue how the metabolite ended up in his system and that he had not intentionally or consciously taken up any steroids of any form which was later defended by an independent arbitrator. Jones had also submitted his dietary supplements which were tested for contamination by potential steroids but was found clean.

Although initially he was suspended for 4 years later he was handed a suspension of 15 months plus 3 months community service since Jones provided “substantial assistance” to USADA.

The then CEO of UDAFA said in statement that: ”The independent arbitrator found that Jon Jones was not intentionally cheating in this case and that this case is another strong reminder that athletes need to be extremely cautious about the products and supplements they used to ensure they are free of prohibited substances.”

In 2018 mild traces of Turinabol were found in Jone’s tests which doctors attributed to long term pulsing effect of previous years of usage the sam. In order to receive licence from CSAC, Jones had to enter into the VADA (Voluntary Anti-Doping Association) testing program making him the first UFC fighter to sign both USAD & VADA testing programs simultaneously. CSAC did not take any action against Mr.Jones as it was established that there is no recent usage of any banned substances in Jon Jones’ system.

Regarding his drug usage controversies Jon Jones says :  “I know for a fact no one has been drug tested more than me.

What that shows is that I’m willing to prove this whole situation I was in was never intentional. I think it’s proof I had nothing to hide. It also proves my willingness to try to make things easier for fighters in the future.At the end of the day, fighters know there’s an allowance of how much you have in your body.

I feel like the only way I can make it right is being totally transparent with the fans [and] with the drug testers. I’ll tell you what,people with things to hide, they don’t submit themselves to that level of drug testing. I think that’ll help with my reputation over time.”

Jon Jones might have made headlines for both his accolades and controversies but that does not disprove the fact that he is one of the best mixed martial artists the country had ever seen. 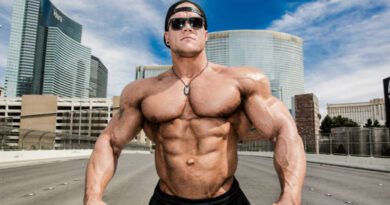 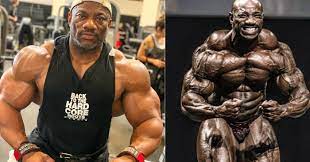